Canon Australia has launched Canon Shine, ‘a major engagement platform aimed at putting power back into the picture and sparking a nationwide movement of meaningful photography.’ 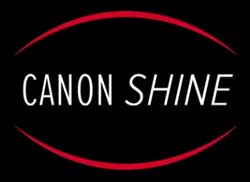 Guy Sebastian, Steve Waugh and Lisa Wilkinson are participating in Canon Shine with contributed photographs and involvement in a social networking campaign.

Canon is so far working with Michaels Cameras (Melbourne), Camera Electronic (Perth), and Roydhouse Camera House (Geelong) to promote the Shine engagement platform in their stores.

Canon Australia has attracted interest and positive reviews from around the world with a series of videos promoting picture-taking and the Shine initiative.

Canon Shine ‘centres on the unique perspectives that everyone brings to their photography and encourages the use of the lens as a way to change the world, rather than just capture it.’

The photo competition runs until May 26. Participants have to register as My Canon members to qualify, and thus become part of the Canon consumer database. In fact, one has to register on the Canon customer database simply to vote for photographs.

Entrants ‘are invited to capture an image that represents their unique perspective on the world’, with an accompanying short caption. The top 50 entries will be decided general public vote, with these images then going to a judging panel. The top prize-winner will be featured in a in a documentary film, in Canon advertising, and a display of images at the NSW State Library.

Terms and conditions for the competition are unusual. For a start, there are no product or cash prizes. The winner must make him/herself available during the period June 3 – July 6 to participate in the making of the documentary. According to the Canon Shine T&Cs, they need to pay their own costs to get wherever Canon is making the documentary: ‘Prizes do not include any ancillary costs such as travel costs, accommodation, food, etc. Eligible participants are responsible for all costs associated with their attendance and participation in the Promotion.’

All participants grant Canon ‘an irrevocable, non-exclusive, royalty-free, worldwide licence’ to their submitted images, which is also available to third parties nominated by Canon.

Participants also ‘consent to any use of their Entries which may otherwise infringe their moral rights pursuant to the Copyright Act 1968. This includes infringement of their right of attribution for an Entry where the Promoter deems that it is not reasonable to provide such attribution in the circumstances.’ – That is, participants not only grant Canon a royalty-free, worldwide licence to use their images, they also give up rights to a picture credit

‘Canon aims to create a movement of meaningful photography at a time when the impact of powerful photos is being lost,’ said Jason McLean, director, Consumer Imaging, Canon Australia. ‘Everyone has a unique perspective of the world and we want to uncover what it is that Australians care about and showcase this through their own eyes to the whole nation.’

Canon research
Canon Australia commissioned research from Galaxy Research in March, based on 1021 respondents aged 18-64 years distributed throughout Australia. Findings include:
· Australians collectively take an average of 205.9 million photos a week to document their lives;
· 63 percent feel that they see too many photographic images in a day to be able to recall them;
· 83 percent of Australians acknowledge the power of a photograph to move them emotionally and 75 percent say an image has made them think differently about the world;
· Less than 1 percent of the 646 images viewed by most Australians in the past seven days actually have an impact;
· 65 percent of people are annoyed by the amount of ‘trivial’ photography, with Gen Ys agreeing (67 percent) in that view;
· Generation Y takes 16.3 photos a week, compared to 14.0 among Generation X and 11.8 for Baby Boomers;
· Nine in 10 (89 percent) Australians say that one powerful image that ‘changes how you think/moves you emotionally’ is worth a thousand ‘snaps’;
· Two in three (68 percent) Australians think that they could take a photographic image that would ‘change people’s perceptions of the world’.