Huge potential for photo retailers in 2012

So 2012 is predicted to be a tough year for retail and the photo industry in particular? 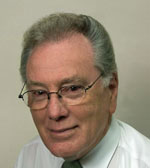 That would not qualify as news: the photo industry has done it tough year after year for the last four years at least, and those that are still standing are battle toughened for the next onslaught with a myriad of adaptation plans. Christmas trading just passed was satisfcatory for most photo specialists, if not exciting.

On that basis alone, those in the photo business are likely to be quietly optimistic and positive about 2012, a viable Europe and USA notwithstanding, simply because they have learned that there are things they can do that will generate sales with margin – things that the chains simply are not equipped to do.

In any event, the broad appeal of the greed-merchants appears to be on the wane as many people seek more than just price, and like a back-burn gone horribly wrong, they (the chains) are being slowly consumed by the the very bushfire they originally set, which was designed to eliminate the competition. It hasn’t.

It is too early for specialist retailers to leap off the bridge just yet. The flame of hope may have flickered a few times, but it is still there and there’s a feeling abroad that specialty photo stores are being slowly rediscovered, not only by their customers, but by vendors as well.

If specialist retailers were to become extinct, it would have a massive impact on the industry they have served so well over decades and would eliminate a huge library of knowledge and skills that cannot be duplicated by a few days of customer-training in other locations.

Specialty photo stores can call on all sorts of secret weapons to increase their appeal, the major one being a greater degree of interraction with the customer. Doesn’t work for everyone, but is effective today with up to 90 percent of the population, particularly females. (The mass market is welcome to the other 10 percent.)

Weary of not being recognised as a person, not being called by their name, not being given the right advice, not understanding the piece of equipment they bought so cheaply online or at the discount store, many, many customers are seeking out specialty retailers and in doing so they open the door of opportunity.

In addition, while most photo specialists no longer trade-in customers’ unwanted gear, they can offer a unique consignment arrangement with a good margin. That also helps to engender loyalty to the dealer.

The specialty photo dealer has no choice but to be an optimist, a realist and an innovator.

And on the basis that very soon market share may take a backseat to margin for smart manufacturers, and given that production numbers of middle to upper-end cameras will be conservate for several years at least, for a variety of reasons, specialists may well be favoured again by vendors to give them the extra margin and stability the photo industry so desperately needs. We shall see.

But there is room for optimism. And much of that optimism should be centred on the role female customers will have on the future of our business as they discover their creative side and realise that cameras aren’t just for ‘snaps’ of the kids at sport or happy holiday shots.

If there is to be growth in specialty, it will flow, mainly from how we understand the huge market that females—of all ages—will offer in this new age.