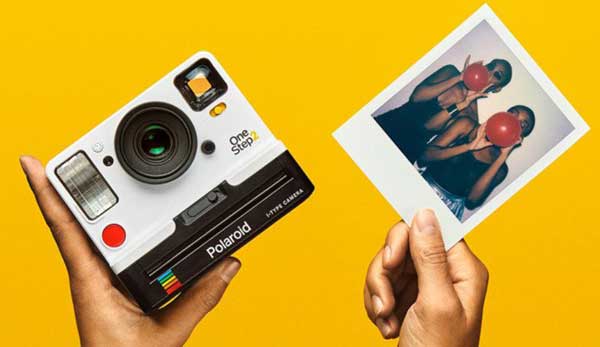 It should create a bit of a buzz in stores this Christmas as it makes prints in the original Polaroid Instant 3×3-inch square (79x79mm) image size, providing a much larger print that the competing Instax Mini (46x62mm) – something the punters have been waiting for.

The Polaroid OneStep 2 is totally analog – the only concession to the 21st Century being a slightly tweaked design and a long-life lithium ion battery that is charged from a USB port. It features a fixed-focus lens, a built-in flash, and a self-timer.

The lens operates from 2 feet – for those all-important selfies – to infinity. 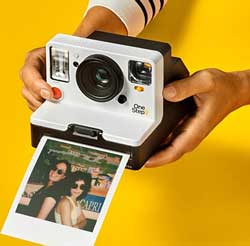 The film is newly-developed Polaroid Originals i-Type (Polaroid Originals being the new name for Impossible Project technology), with colour, black & white and a range of special editions film packs. Eight prints to a pack. It will also work with 600 film. The press release states that ‘the new film features the distinct dreamy aesthetic that Polaroid is famous for.’

The One Step 2 will be available in white or graphite.