Amazon Australia not if but when

On September 21, when Amazon in the US announced Amazon Prints, its entry into the consumer photo services market, the share price of the leading standalone online photo services business, Shutterfly, experienced the largest single-day fall in its stock price in eight years, and hasn’t really recovered: 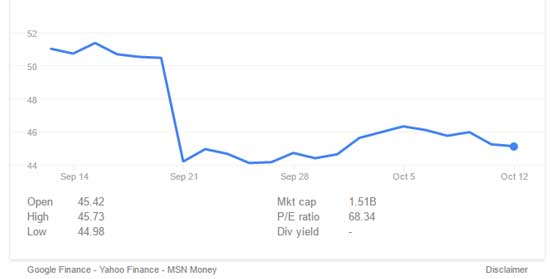 The Amazon Prints service isn’t offered in Australia, although when Amazon establishes its long-rumoured warehouse and Australian headquarters, it may also disrupt the local market for cheap online prints and enlargements. The pattern seems to be that when Amazon establishes a retail presence in a country, it also rolls out its associated businesses.

The imposition from July next year of GST for personal imports under $1000 may accelerate Amazon’s interest in a greater local presence. It had plans back in 2014 to establish warehousing locally, but they were eventually put on the back-burner. Recent reports in Fairfax Media point to Amazon having an interest in the $50 million industrial estate at Oakdale (Eastern Creek), to the west of Sydney, owned by global property giant, the Goodman Group. Goodman is Amazon’s main landlord globally. The Oakdale estate is also being developed for a massive DHL facility.

A recent report by Citi states that Amazon’s Australian invasion is a matter of when, not if.

‘Australia…already has a large presence in Amazon Web Services here. Internet penetration and retail spend per capita also favour entry into Australia. The only limiting factor is logistics, but Amazon’s recent investment in fulfillment in the US should provide solutions for the vast distances in Australia,’ the Citi report says.

Brokers surveyed for the Citi report estimated the most impacted retailer is likely to be JB Hi-Fi whose earnings could fall by as much as 23 per cent, followed by a 19 per cent fall in Harvey Norman’s earnings.

Currently Amazon does not sell cameras into the Australian market from the US, so the impact on this particular segment of the businesses of CE discounters will be far greater. (Specialist photo stores with value adding customer service and product knowledge, hopefully not so much!) Citi Research estimates ‘Electronics’ which includes cameras, will account for 44 percent of Amazon Australia’s sales.

‘Based on other developed markets and recognising eBay’s large presence in Australia, we expect Amazon could reach $3.5 to $4 billion in revenue. This would be about 14 per cent of all online sales and 1.1 per cent of all Australian retailing. Potentially the most heavily impacted retailer from Amazon’s entry would be JB Hi-Fi, given the overlap of product and potential pressure on profit margins,’ the report says.

To see just how appallingly the local market has been trashed by discounters already, with supply courtesy of Fujifilm Australia and Kodak Alaris Australia, all you have to do is currency convert and add GST to those ‘market disrupting’ Amazon Prints prices: So the US 9 cents print is around 14 cents Australian incl. GST. A US 58-cent 5×7 would be around 85 cents Australian with GST and an Amazon 8×10 would be around $2.50 including GST. Hardly market-disrupting down here!

Amazon has literally captured a market for Amazon Prints via its Amazon Prime services, which includes unlimited (well, kind of) photo storage and free fast delivery in the US for US$99 per year. Prime is proving a real winner for Amazon, which had over 60 million members in June 2016 – up 20 million from a year before.

‘The photo output market is still a big business and entering the market makes sense for Amazon. They already have access to millions of photos from existing customers and the prints business can be used effectively for cross-marketing with other Amazon products and services,’ noted market researcher, InfoTrends