Devil in detail in GST decision

Australian retailers will have to wait almost two years for last week’s decision to abolish the Low Value Threshold on privately imported goods to take effect. 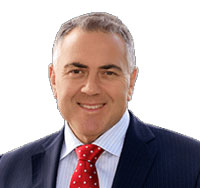 With a zero threshold, the GST will apply to all products and services sold by offshore retailers from July 1, 2017, although there is no clear model for how the GST will be collected.

The notion floated by the Federal Treasurer Joe Hockey is that large online retailers such as Amazon already have the ability to add GST to purchases, so it could be collected from them rather than from customers at the border.

Mr Hockey said he was confident big players such as Amazon would take part, but could not guarantee smaller companies would comply.

“If it was going to be a case of inspecting every parcel, that would be plainly ridiculous. There has been three or four different proposals put forward. This is the best proposal [forcing retailers to collect the tax] because it’s consistent with what is happening internationally. It is also the case that the companies are more willing now than they were a short period of time ago to comply,’ he said. ‘There’s many levers we have available to apply pressure.’

How it would be enforced is yet to be established, but the Treasurer said, ‘Ultimately, if you are of any scale you are going to be caught up in the global taxation network.’

The Treasurer was unsure how many overseas businesses would be required to register, telling a journalist during a press conference, ‘There could be hundreds … there could be a very large number’, and ‘I’ll come back to you about the specific figures that we have, but we’re working to improve that data.’

A 2013 report by Ernst & Young, commissioned by the National Retailers Association, suggested Australia introduce a similar system to the UK, which would involve two different processes for collecting GST.

Retailers with sales over $75,000 per year would be required to register with the ATO, charge the GST upon purchase, and pay the tax to the Australian government.

Smaller operators, if they choose not to register, would have to have their packages assessed for GST liability by Australia Post or a private cargo operator, which would incur a processing fee.

An article by Katherin Bain, lecturer, School of Taxation ＆Business, UNSW, in current affairs website, The Conversation, identified three weaknesses in such a plan:
– If an overseas supplier simply claimed their annual turnover was less than $75,000 and thus didn’t charge GST, how would Customs prove otherwise? And would this mean the product was effectively GST-free?
– If a supplier didn’t collect GST, even though they had turnover above $75,000, would the ATO pursue the overseas company, or would Customs and Border Protection require the Australian consumer to pay the outstanding GST? The LVPP Taskforce noted that GST obligations imposed on international suppliers would ‘likely be non-enforceable, and hence rely on voluntary cooperation by suppliers’.
– The overseas supplier has collected GST from the Australian consumer, and simply pockets it.

The only criticism of the LVT abolition decision – aside from a consensus in several hundred negative online comments from Australian consumers that local retailers are ripping them off – comes from ‘consumer advocate’ Choice and international freight companies.

‘If any change mirrors overseas measures, consumers would have to go to their local parcel pick-up, pay the GST and also pay a “parcel pick-up” tax before they can get what they ordered,’ said Choice’s director of campaigns and communications, Matt Levey.

‘Under the same approach as the UK system, a $20 book purchased online from an unregistered business could end up costing an extra $2 in GST, plus $16.97 for the parcel pick-up tax.

‘It would also throw online retail into chaos, as uncollected parcels ordered from unregistered businesses are left to clog up post offices across the country.

‘Paying almost $17 in fees to collect $2 in tax would be crazy economic policy. It’s got nothing to do with raising revenue or removing a 10 per cent price difference – it’s about punishing consumers to protect local retailers from global competition.’

– It would indeed be crazy for a consumer to pay $19 in taxes and fees on a $20 book – so presumably they would source that book from an offshore retailer registered to collect GST – or perhaps a local bookseller.

‘We are obviously concerned that are considering taking it down to zero,’ Mr Edstein told Fairfax. ‘We don’t want to see this issue of clogging up the border and putting more cost at the border.’

He was doubtful that collecting GST via offshore retailers would work.

‘From what we see, we are not 100 per cent sure whether they are going to be able to collect it at source. You have obviously got to negotiate different tax treaties, etc, with these organisations.’

He suggested that international online parcels have the same duty free treatment as goods bought physically overseas and brought back in air luggage. General goods such as electronic equipment, cameras, perfumes and watches, are tax free to the value of $900.

‘Our position as an industry is that we should align it with the duty free threshold for passengers. Treat it similarly to that,’ he said.

Harvey Norman’s Gerry Harvey gave the decision the thumbs up, while indicating he is still a little bruised from his highly criticised entry into the debate around three years ago: ‘It’s not a victory for me,’ he told The Australian. ‘It’s really never had anything to do with me … the great majority of things bought online I don’t sell … but I always thought it was wrong and people then took the view I was protecting my own arse.

‘It’s a fair tax, why should one company pay a tax and the other doesn’t? ‘Most people have that view now, I think.’

JB Hi-Fi chief executive Richard Murray told The Australian scrapping of the GST-free threshold was a victory for common sense and fairness. ‘For me, it’s more of an equity issue. All retailers just want a level playing field and we are pleased, but we would like to see it earlier than 2017.’

The ARA concurred in criticising the delayed timing: ‘The LVIT has caused Australian retailers huge concern, and its abolition is long overdue. The removal of this archaic law is necessary for the growth and sustainability of all Australian retailers.

‘While the ARA would prefer to see an earlier introduction date than July 1, 2017, we’re pleased that the threshold has been entirely scrapped, rather than merely reduced,’ Mr Zimmerman said.