Perth prolab the photo store of the future?

The change sweeping through consumer photo retailing has also had a profound impact on photo labs serving professional photographers, which was underscored by a presentation from Fitzgerald Photo Imaging general manager and owner Paul Maietta at the IPI conference in Las Vegas, June 23 – 26. 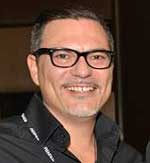 The necessity to be ‘high tech’ is a given to survive as a photo services business – in the form of an array of sophisticated printing equipment, a variety of substrates, sophisticated kiosk software, online ordering systems and apps. Low tech was left behind with enlargers and developing dishes.

But on the other axis, their is a choice to be made between offering a ‘high touch’ or ‘low touch’ service. In other words, building in systems which deliver you customers, or engaging directly with those customers.

Paul Maietta (above right) is more inclined to the latter. One of the slides he used in the presentation featured the quote. ‘Face to face contact is critical, and cannot be replaced by technology.’

And while he concedes that 90 percent of orders come in via the online route (using Dakis software) the dollar value of what comes in face to face ‘is worth three times as much.’ 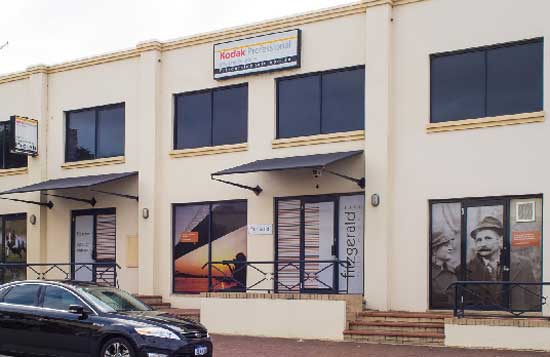 …In Australia there are two businesses – both of which with a shared heritage as prolabs – which perfectly illustrate this ‘high touch/low touch’ dichotomy perfectly. The thing which unites them is a fresh focus on customers traditional consumer photo retailers would assume to the theirs. They make that assumption at their peril.

On the east coast there is the Nulab Group. The business is based on maximum throughput with as little direct personal interaction with customers as possible. ‘Frictionless transactions’, you might say.

This is the ‘low-touch’ Nulab Group approach: ‘An order comes in. Money comes into the account. The order goes into the printer. The machine starts turning and it’s “hullo – there’s work here”,’ Nulab managing director Michael Warshall explained to a group of retailers in May last year.

‘Retail is a bit more challenging because you can’t automate it. It’s all about people,’ he added.

Nulab, via its two consumer-facing businesses PicPress (photo books), and NuShots (prints, enlargements and canvas), is competing with the Snapfishes, Harvey Norman onlines (Fujifilm) and Photo Creates of the world, offering a higher quality product – at a higher price – to a more demanding customer group. Not everyone is hanging out for the next 8 cent print offer!

Fitzgerald Photo Imaging, on the other hand, and the other side of the country, has taken the ‘high touch’ path, which was in part the subject of Paul Maietta’s IPI presentation, ‘My Store Re-invention – or my business evolution.’ (First thing for photo retailers to note is his use of the word ‘store’ rather than ‘prolab’.)

He was inspired to make changes to the business following attendance at his first IPI conference in 2012.

‘I was happy with the look of the store. Customers also seemed to be happy with old store,’ he said. ‘But when I attended IPI in 2012 I left it enthusiastic, inspired by what people had done with their stores,’ he explained.

Another inspiration was when Western Australian photographer Christian Fletcher’s opened his own gallery in Dunsborough, on the south west coast of WA, which saw him competing head-on with other art galleries – offering photographic prints rather than some other art form. He has since opened another in Mandurah.

‘That made a big impact,’ said Paul. It exemplified a broadened point of view. Christian Fletcher wasn’t only competing with other photographers – his customer base became much bigger than that simply by offering work through a gallery. So why couldn’t a ‘humble’ prolab similarly expand its horizons?

The first step in the change of Fitzgerald Photo Imaging was moving from the first floor down to street level.

Though existing pro photographer customers liked the relatively modern, airy first floor lab reception space, and there was ‘a certain air of mystery climbing the stairs,’ for older people, or pregnant women or simply people who weren’t typical pro photography ‘insiders’, it perhaps wasn’t so attractive. 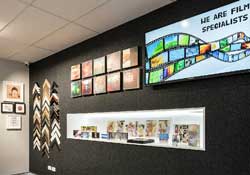 Paul consulted professional designers to help with the fit-out of the new space. ‘Get pros to do a professional job,’ he advises. Signage was directly from the IPI’s Marketing Solutions Program range. One-way windows were installed, letting in plenty of light, with photos displayed in street facing windows as well. “We have people taking photos of our photos,’ said Paul.

LED lights were used through the building, except in colour critical areas, saving hundreds of dollars on electricity. A particularly comfortable carpet was chosen and a lot of emphasis placed on acoustics and sound-proofing from street noise, so that several conversations could take place at once without the place becoming a Tower of Babel.

‘We feminised the look because a lot of our customers are women.’

There are no counters to separate staff from customers, but a display bench for laying out work.

‘We have no kiosks, just professional, colour calibrated workstations. There is nothing to remind a customer of an Officeworks/Harvey Norman/Camera House experience. We’re about service, service, service!’

Staff don’t have sales targets. ‘They just have to make sure the customers are happy,’ said Paul.

The space was designed to be flexible enough to hold functions, particularly for professional photographers. For instance, an AIPP print critique is being held on Sunday August 3, with seating for at least 30 members. 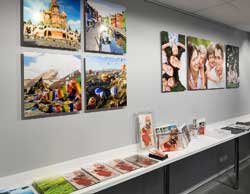 The project took closer to six months than the six weeks originally envisaged and cost close to $100,000. (It’s amazing how much shelving and benches cost,’ noted Paul. ‘But the major components will amortise over eight to 10 years.’

As far as return on investment is concerned, ‘it was definitely worth it. The customers love it.’

Paul made two points about his customer base during the presentation: First, that there are more professional photographers than ever, with barriers to entry lowered by the ease of use of digital cameras.

A look at the expanding number of AIPP members of various levels of accomplishment affirms this point. Secondly, he noted, ‘my customer base has changed. There are more women, soccer mums.’

– That is, people who may have once frequented the local Ted’s Cameras or Camera House or even Harvey Norman for their photo services but had the money and aspiration for something better. By creating an environment that is welcoming rather than intimidating to these people, Fitzgerald Photo Imaging has expanded its customer base. After all, a prosperous soccer mum’s money is just as good as a professional photographer’s!

And serving both groups is not mutually exclusive. In fact, Paul explained, he now has professional photographers bringing clients into his store and using it as their own showroom.

There is an extensive range of corner samples of frames, and samples of prints on different surfaces. 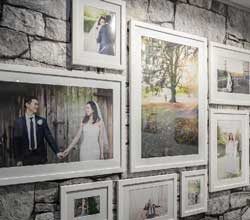 Hero products are displayed on the left hand side of the store. Apparently it’s a psychological thing that people are attracted to the left. (Insert political joke here.)

Framed products are arranged in two and four and clusters, which encourages multiple orders.

Fitzgerald Photo Imaging displays a range of sizes from 10×10 through to very large prints at $1100. (‘Everything else then seems cheap in comparison,’ Paul remarked.)

‘-Even though it’s obvious. Because people will see the signage and say “oh, so you do framing” – even though there are frame corner samples everywhere.’

A lot of what Paul Maietta is doing with Fitzgeral Photo Imaging could be adopted by service-oriented photo retailers, provided they had a bit of space to work with. ‘Re-inventing the business’ seems to be a mantra in the photo industry at the moment, but when one looks around, there aren’t that many examples of retailers putting their money where their mantra is. ‘Fitzies’ is an exception.