Michael Warshall, principal of the Nulab Group, gave a short but sharp, off-the-cuff presentation at the PMA evening in Melbourne earlier this month, outlining a future in which only a few in professional photography and the pro lab business would prosper, leaving ‘crumbs from the cake’ for the rest. 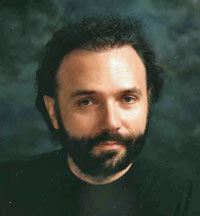 The following is a slightly edited and abridged transcript of his talk:

The typical professional studio has been declining at about 20 percent for the last 3 years – there are no exceptions. That’s the trend, and these are your super photographers (who have more awards than I have!)

Photography has got nothing to do with what’s going on. The new generation of photographers don’t want to make money out of photography – they just like taking pictures. They actually have a full-time job somewhere else, and if they make some money, they are pretty happy.

People of my vintage, who have been around for some time, know that in the old days it was easy to do a little work and make a shedload of money from photography. Now, it doesn’t happen like that for us. As photographers – we are too old. We don’t look the same. Yet young people whose photography is average can generate unbelievable sales.

The industry will continue to shrink, and I think that silver halide has only got a little time left. We (Nulab) will be putting in a roll-to-roll Indigo pretty soon, probably, and that machine prints 5000 8x10s an hour, which is the equivalent of running 10 Noritsus or Frontiers. There’s a major fundamental shift.

In America (portrait studio operator) CPI just shut down 2700 studios right across the States. That’s what used to record the history of American families for the last 60 to 70 years. What happens now?

The same is happening in Australia – all the Pixies (PixieFoto) and the rest are in deep trouble. They are declining. They haven’t changed. They want to sell the same stuff they sold 10 years ago, even 2 years ago – and that doesn’t cut it.

We have some customers – predominantly women – who have set up new shopping centre operations. Some have put in front-projection units where they can change the backgrounds. Their work is very different, and they are raking it in. Because they are different. Their products are different. They don’t sell the same as everyone else sells.

There will be a small number of business opportunities for those who will rise to the top, because the cake is much smaller. But there are more photographers, and they all want a piece of the cake, so most of them will be getting crumbs.

So as a lab owner, we moved into signage, where I get one job that’s equivalent to what a photographer spends in a year. That’s where my growth comes from, and the second area of growth is our NuShots division, which is consumer-based; it’s all online.

In a few weeks we will start a national TV campaign because that’s where the growth is. Everyone is a photographer…We are getting three-, four-hundred-dollar orders from consumers. Photo books and acrylics and stuff they can’t get anywhere else. But it’s all online – we don’t see them, we don’t touch them, and it’s all pre-paid.

One of the things I’ve learned from my American friends whose businesses are growing it that it’s all about product development – new stuff all the time. You have to listen to the client and you have to give them what they want – not what you make.

That’s the problem with a lot of manufacturers – they make stuff they have machines for, even if that’s not what people want any more.

It’s to do with the software, Michael Warshall responded – it’s too complicated. We’ve just invested around $100,000 in new software because what we had was too clunky and too complicated. They don’t want to download, so now all our software is cloud-based. It has to be.

The pro photographers are OK, but grandma doesn’t want to download 80 or 100 megabytes. They don’t want it like that.

We are launching all new software for our PicPress products in the next month: At our place you find out when the work is in when the printer starts printing because it’s fully automated. The margins are fairly low, which means you can’t afford to have staff to do manual work.

A photo book takes a long time and my (PicPress) customers, who are mainly mothers, they do it in bed at night. They need software which they can pick up and do 10 minutes today and go back tomorrow and put in an hour. Photo book orders come in 24 hours a day. In the middle of the night someone will have just finished a photo book. Or an acrylic. Or greeting cards. Or even prints.

One of the most popular and highest-margin products now is metallic prints. Normal prints you are back to 9 nine cents for 9 days. You can’t do that – it’s just not sustainable. And there are other products people want: removable wallpaper; cut-out statuettes of your dog – it’s easier and its constant.

You have to find out what is it you have to make so your customer will buy more. The professionals don’t understand that. They want to sell pretty pictures. To them that’s important. I’m also a photographer, and I learned that a long time ago.

People don’t care about pretty pictures. They would rather have someone they can relate to and have ordinary pictures, and they will pay for that. It’s probably the same everywhere. The whole digital photographic industry is challenged. Some people are going to do really well. If you’re on the manufacturing side the only way you are going to make a lot of money is to be fully automated and minimise your staffing levels, because Australia is one of the most expensive countries for staff.

Ten years ago we had 157 staff. Now we have 35. But the things we have eliminated is all the manual type work. Ten years ago we we had 10 girls doing data entry and now we have none. An order comes in. Money comes into the account. The order goes into the printer. The machine starts turning and it’s ‘hullo – there’s work here!’

Retail is a bit more challenging because you can’t automate it. It’s all about people.